Let me first say that the thought occurred to me when I head read an online headline somewhere that Stephen Colbert had a likeness of his head launched into space.  I was immediately struck with envy and jealousy.  "Celebrities!  Psh, they have all the fun.".  However, I read later that it was a 3-d printer representation on Colbert's noggin carried up into the stratosphere by a weather baloon before falling back to search.  That's not being launched into space at all really!  "So there's still a chance for me...", I thought to myself.  If you're interested, here's the link to the Colbert head launch vid: YouTube vid of Colbert

So anyway, here's what I think.  If I could have my head launched into the vastness of space, inertia carrying it possibly out of our solar system and maybe even out of our galaxy, eventually it would crash into some asteroid, alien planet, or perhaps never seen before sun.  A piece of me, so to speak, would touch something that humans might never ever see.  So even after I pass on from this wonderful world, a piece of me could be careening through the void silently passing by unknown galaxies.  My head could even be first contact with an alien species!

So there I am, sharing my new-found dream with my wonderful wife, and she is just staring at me blankly.  When I triumphantly wrap up and wait for her astonishment and appreciation of this noble venture she tells me plainly, "I don't get it".  Taken aback, I begin to reexplain the complete awesomeness of my plan, "...but a piece of ME would touch something utterly alien.  Go to a place humans might never ever tread!"

"Eh, I don't think that sounds all that great", Kate's explains.

"okay, but long after I'm dead a piece of me could still be journeying through space on a collision course with destiny!", I passionately claim.  My wife says nothing.  Hesitantly now I carry on, "...so, um, you can see why that is cool, right?  I mean, my head, carved in stone, colliding with an alien world or and alien sun, or maybe eve-" she stops me there.

"I really don't think that sounds cool at all.  We're just going to have to not see eye to eye on this one."

What?  WHAT?!  How could she not share my excitement about this?  It was later that I realized she must just hate awesome bodiless adventures in space.  Pretty sure that's it.
Posted by The Wonderer at 7:48 PM 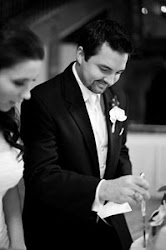